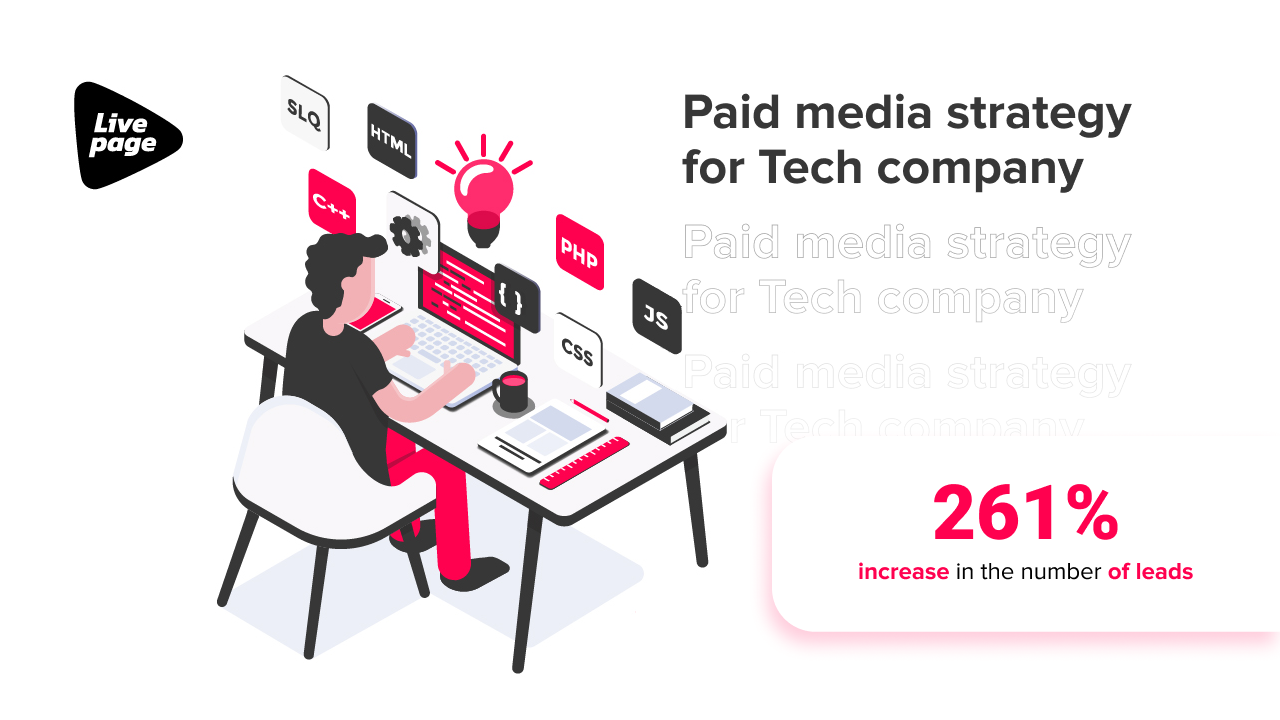 Our challenge was to develop a paid media strategy to help B2B businesses generate more leads. The specificity of technology companies is that direct sales do not work, and the cycle of deciding on a deal can take some time (1–3 months). To not lose contact with the audience, it’s necessary to build communication in a few touches.

From the start, we had the following input data:

In the first iteration, the PPC team with Livepage IT marketers developed a digital marketing strategy via paid media channels through content distribution (showing content to the target audience). We have worked with such paid media as Google Ads, Facebook, Quora, LinkedIn, Twitter.

Read on to see the results we’ve achieved.

The first version of the marketing funnel

When we started working with Bvblogic, we used a three-step funnel which included:

* Offer Page — a page with a commercial offer, which emphasizes the service’s value to the audience.

Using this approach, we gradually warmed up users in our marketing funnel, demonstrating more conversion content and guiding the most interested readers to the offer page.

Different advertising systems in the remarketing strategy made it possible to obtain ‘presence in the media space’ among the target audience. Even if the user came from Google Ads to a case study or an article, they later saw ads in all used systems, where they were logged in, as they got into the remarketing audience.

Analysis of the first results

We analyzed the work of advertising campaigns in the first month. This helped us see the traffic quality based on KPIs from Google Analytics (average time on a landing page and page depth) and the cost of a click in each advertising system.

Campaigns in Google Ads and Facebook brought in a large amount of high-quality traffic, so we decided to reallocate the budget to them.

We also decided to replace Twitter with LinkedIn, as the behavioral metrics of traffic from Twitter were much lower than in other working ad systems.

Our team paid particular attention to banner ads. It was essential for us that the target audience notices the Bvblogic corporate identity and sees the images they are used to.

We’ve made a series of banners with famous paintings by Scandinavian artists that align with the articles’ titles and meanings. In the design, we used the corporate symbol of the company — a red square.

Banners that we showed at the first stage of the funnel 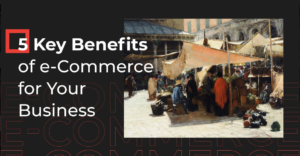 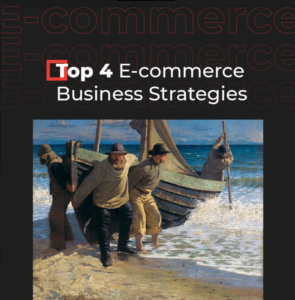 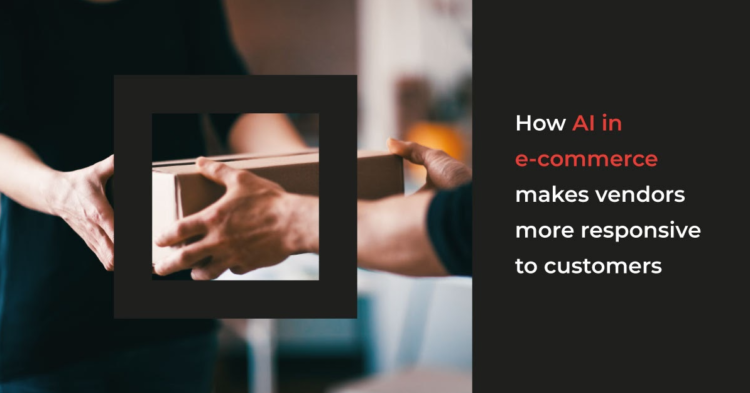 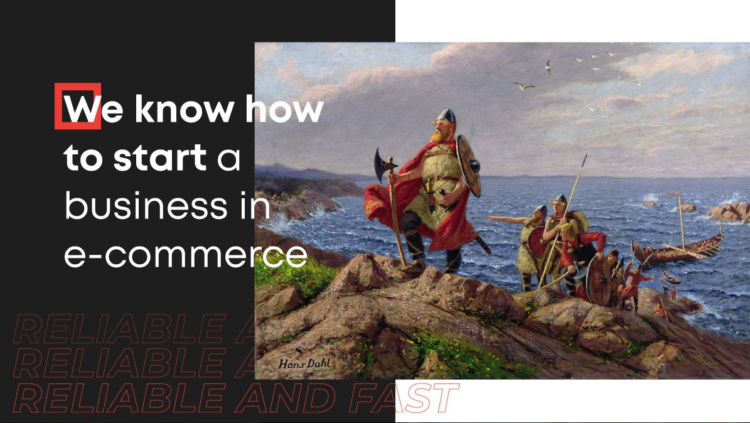 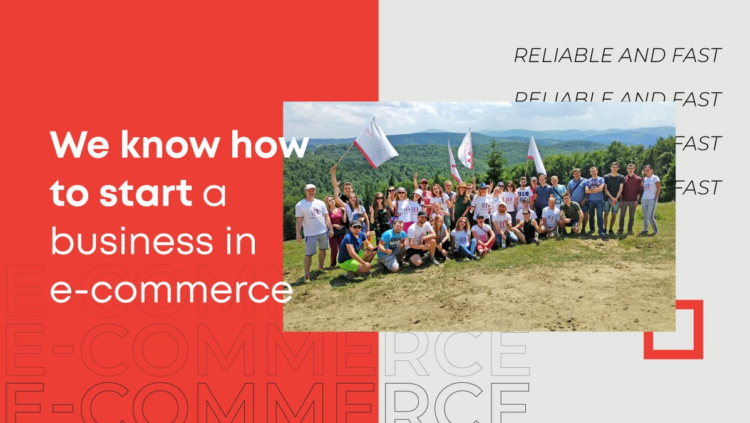 In the second month of work, we saw that the 3-stage funnel is effective from a long perspective and with a big budget.

In our case, it was necessary to get a result in a shorter time and at a more affordable price, without overpaying much.

As a result, we decided to optimize and simplify the funnel structure to match our goals and capabilities.

The best solution was to shorten the conversion path. We settled on a funnel, in which new users got either to the article or to the case study, and then the remarketing campaign led these users directly to the Offer Page.

To identify the best combination of remarketing — Article + Offer Page (thematic article + service offer page) or Case Study + Offer Page — we created two ad groups. Thanks to this, we received a high-quality distribution of the budget between ads in advertising campaigns within a week.

Having looked at the results for the Article and Case Study ad groups, we noticed that they both perform well. Therefore, we decided not to lose users who went through the funnel stage to the Offer Page — we returned them to the funnel via the content they hadn’t seen before.

The increase in user indicators (scroll 60% + time on page is more than 30 seconds) clearly shows the efforts on the received traffic quality without losing it.

After cutting the funnel, users began to reach the Offer Page faster, and most importantly, converting to leads. Thus, we managed to get results in a shorter time and received a stable lead generation system in four months of work.

Having analyzed the results of the new structure, we again started looking for bottlenecks and growth points.

We decided to move towards Account-based marketing — targeting a list of contacts. We used Data Scraper, CrunchBase, and Snov.io to parse Matching Audience (lists of phone numbers, emails, and social network profiles) to achieve our goals. We compiled a contact list of over 40,000 emails, LinkedIn profiles, and phone numbers. Using these lists, we launched ad campaigns on Facebook, LinkedIn, and Quora.

We created a LinkedIn Message Ad Campaigns — ads in the format of private messages. This tool turned out to be significantly cheaper than classic banner advertising ($0.17 vs. $6).

The only nuance is that InMail campaigns are picky about the text of the message. Thus, you need to continually update the message’s text for repeated communication with the target audience.

Using InMail together with LinkedIn’s targeting capabilities made it possible to get as close as possible to the target audience and, as a result, get ~1000 clicks to the site and Clutch.

Comparison of the month with peak indicators vs. the previous period (Link to the full resolution)

Plans for the future

Our team has boosted an increase in the number of leads from Scandinavia for a large tech company. We won’t stop there and will scale the current marketing funnel to new geography, considering the cultural, economic, and social characteristics.

If you have any questions regarding marketing for your technology company, leave a request and our team will help you develop an effective marketing strategy.

Top posts
Livepage has really mature process — a well-established professional process with certain phases and completely transparent for a client.

Alexandra Zhiltsova
CMO of Apriorit
We started with around 2,000 visitors per month. In 3 years, Livepage managed to increase the number of site visitors to 70,000 per month and leads to more than 100 per month.

Alexander Kholodov
CEO of Yalantis
After our fruitful cooperation I am pleased to recommend Livepage as a reliable partner and a company that can achieve decent results.
Arthur Mikhno
CEO of Ratatype
Over the year we achieved significant results together. Our profit increased dramatically. I strongly recommend guys from Livepage.